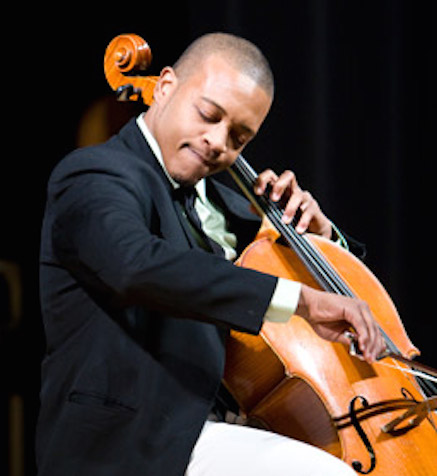 Born in Atlanta, Georgia, Ismail Akbar received his Bachelor of Music degree in cello performance from Oberlin Conservatory of Music and Masters of Music from Mercer University studying with Christopher Rex and Julie Albers. Akbar has performed as soloist and chamber musician throughout Panama, Bahamas, Russia and Italy. In fall of 2012  Akbar won the Concerto Competition at the University of South Carolina with the Dvorak Cello Concerto. While performing as section cellist with the Oberlin Orchestra, he performed in Carnegie Hall under the baton of Robert Spano performing works by Mozart, Jennifer Higdon and Bartok. During the summer, he has been to Brevard Music Center, Interlochen Arts Academy, Encore School for Strings and Aspen Music Festival.