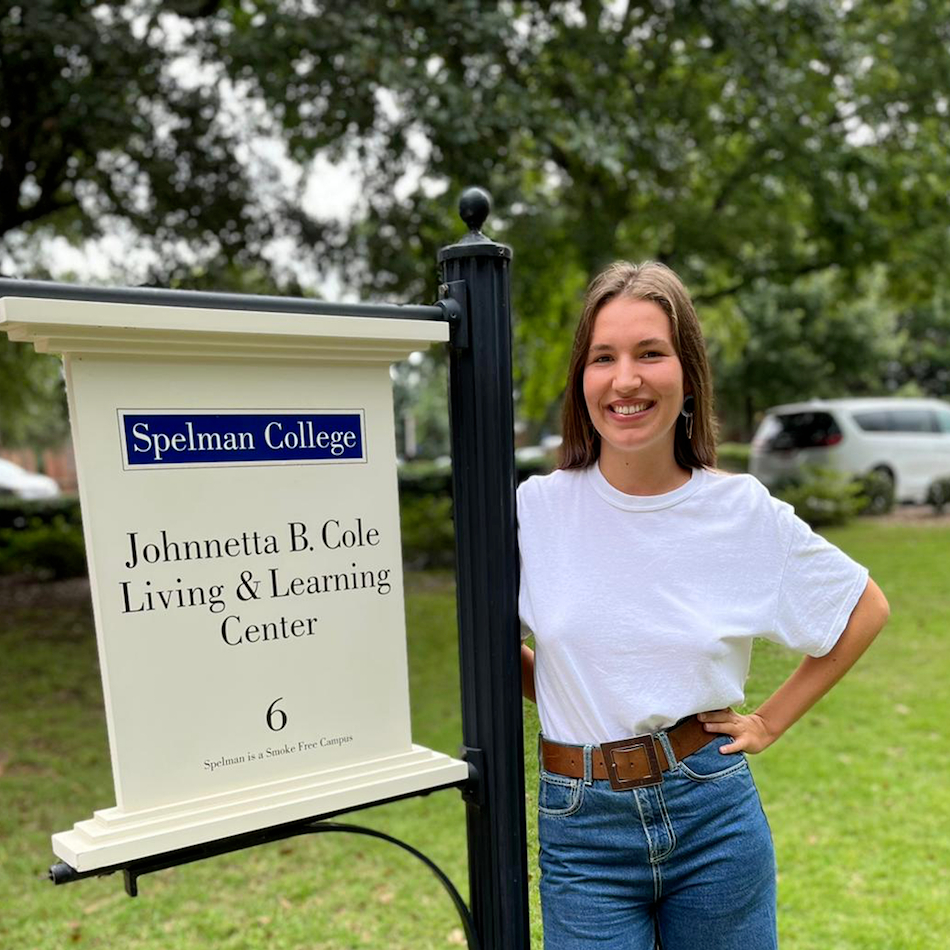 Léonie Ruellan was born and raised in Saint-Brieuc, Bretagne, France. She graduated with a dual bachelor's degree in Anglophone Culture Studies and European Modern Literature from Sorbonne University in Paris. She then specialized in U.S. Studies during her master's degree program at Rennes 2 University. There, Ruellan focused her research on Media and Political Studies and the evolution of U.S. democracy since 2016. Her final dissertation examined the evolution of the conservative media sphere under Donald Trump's presidency.

Ruellan also completed two six-month journalism internships inside the independent media group So Press in Paris. Since then, she has been a freelance journalist and an English teacher in France.

This year, she is a Fulbright Teaching Assistant at Spelman College. To her, it's a golden opportunity to spend a year in a women's college and the #1 HBCU because she can delve into U.S. culture through the perspectives of Black women. The Spelman energy is like no other she has seen before, and she plans on making the most of this fantastic experience.

U.S. Media and Political studies since 1945